Forward Africa Education Trust has partnered with NOUPSPR to sponsor needy candidate students in Rwanda. Following a preparatory phase, funds were disbursed by Forward Africa and duly received by NOUSPR.

So as the role of NOUSPR as a local partner to organise visits to the respective schools of all six selected students. This is how on 13th May, 2018 I visited UMWALI Jackline at Fawe Girls School located in Gisozi, Kigali as it was a visiting day at her school and submit a short report to the trustees. 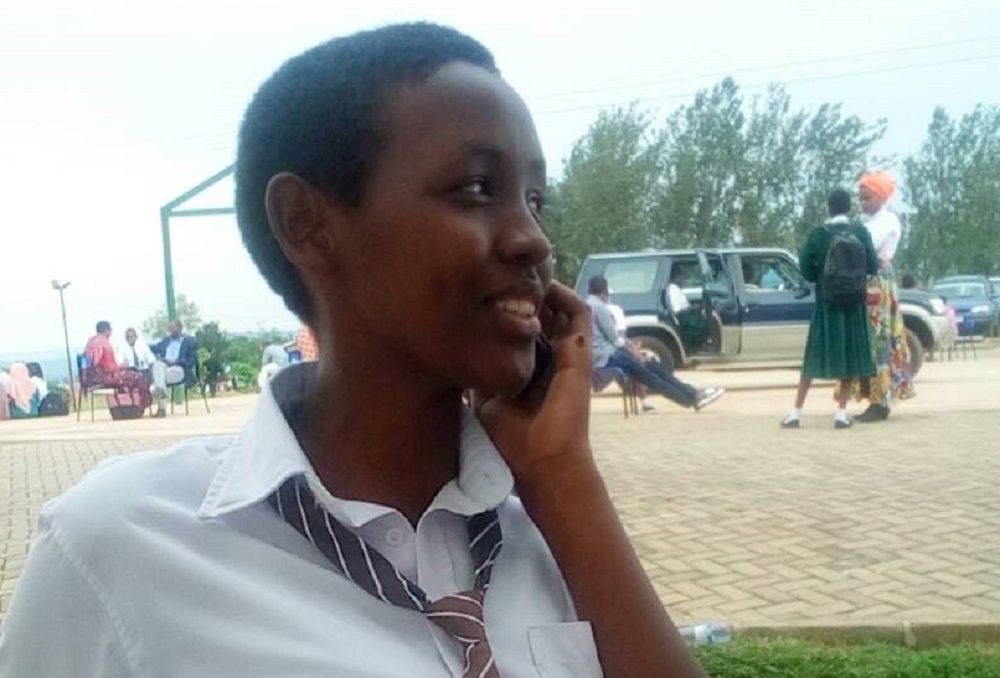 Jackline talking to her mum using my phone during the visit 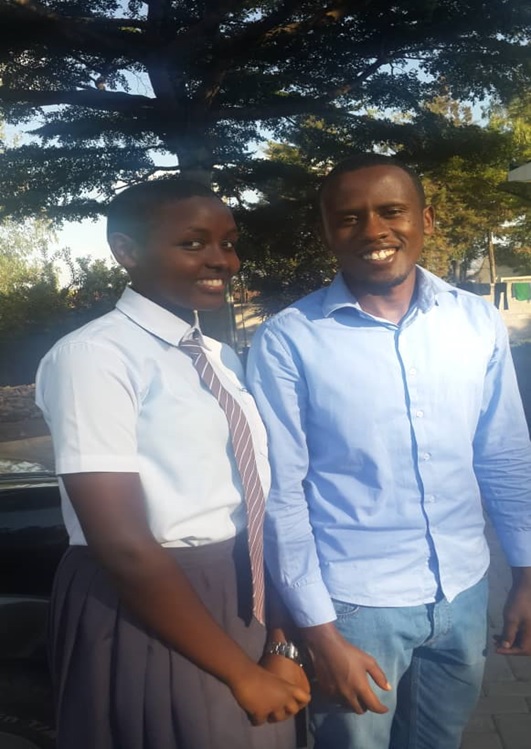 NOUSPR distributed books and other materials to the students purchased using funds from Forward Africa. This followed their application and a competitive selection process. Later Forward Africa trustees confirmed sponsorship for six students. Forward Africa in partnership with NOUSPR seeks to help and support children who come from households facing financial constraints and other difficulties circumstances that can hinder them from pursuing their education.

Forward Africa believes that helping and supporting disadvantaged students in Rwanda through NOUSPR as a local partner would inspire them to aspire for a good future. It is believed that by supporting the education of needy, promising students they will gain knowledge and skills for future use. This will break the poverty trap passed on from generation to generation.

All six students attended school on the first day of second term. Here I visited Jackline at Fawe Girls School. I was lucky to talk to her two teachers and Head of Teachers about her academic progress both maths and physics teachers told me that Jackline is one of the best students in their subjects and her discipline is perfect as well and they added on that, since the beginning of this term Jackline has done well in term tests and daily class work.

Head of Teachers told me that Jackline used to have difficulties in paying her school fees before Forward Africa support. She added that it is nice to see us coming check on the student we support which they are not used to, compared to other partners. She also told me that she expects her to perform well in this term because they used to send her home which would disturb her academic performance.

Jackline’s mum failed to attend today’s visit because she was sick.

Click to see all the Forward Africa news stories.

Jackline part of our 2018 intake. Library books and Hilary catching-up with Cynthia. See their profiles and some of our other students.