I visited the school to check out on our two students to know the progress status of their academic, discipline and any other challenges they might have, so that we can find a way for solving them and make some recommendations to the trustees.

I talked to the school matron and class teacher. She told me that Claire was recently elected as the best disciplined student and she is always active in class and she does participate in other activities like traditional dance. She is an active member of unity and reconciliation club and the class teacher believes that Claire will perform well this term based on the beginning term tests and her attitude.

I talked to Claire about our expectations of her and I asked her to share with me her challenges. She replied that it was always hard for her to go to school because of her family financial constraints and she said that she is now happy because she has not been sent home because of a failure to pay school fees. She said her classmates would always contribute for school materials. She was very excited about the visit. 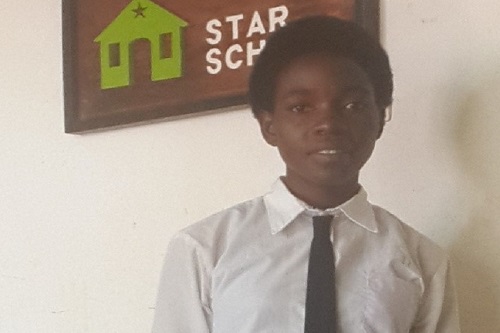 Claire during the school visit

I also visited Salomon as he is a new comer to star school. He told me that Claire has helped him to settle in the school as she was very familiar with the place. He is happy with the new school but has some challenges basically because he found his colleagues ahead of him academically which did not favor him during beginning term tests but the teachers told me he is catching up.

I was told that he is also talented in football. He was recently elected as assistant football captain of the school team. Since he started this term, he was admitted twice at hospital where he was sick of malaria. 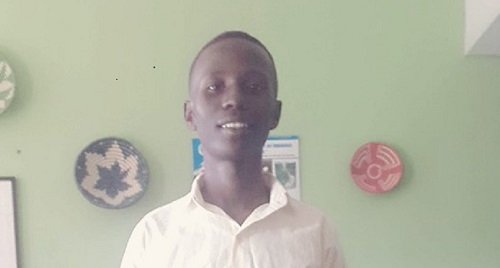 Salomon during the school visit

Click to see all the Forward Africa news stories.

Jackline part of our 2018 intake. Library books and Hilary catching-up with Cynthia. See their profiles and some of our other students.